In the modern day, there are many variations of the brilliant cut with different shapes like the radiant, starburst, quadrillion and princess cut among many others. Strictly speaking any type of diamond cuts that were pre 1960s are considered to be antiques.

Now, did you know that the modern brilliant cut was developed in 1919 from mathematical calculations designed to give the maximum brilliance or sparkle to the finished diamond.

Up to that time most of the diamond cutting was done in Europe where they used what is now known as the Old European cut which is round and the Old Mine cut which has a squarish shape. These cuts have less brilliance but greater fire which is the play of colors within the diamond.

In a slightly earlier era, the most common cut was the rose cut which was developed in the mid 17th century in Holland. It has a simple two rows of facets ending in a point with a flat back. This cutting style made efficient use of the rough stone but there is very little brilliance or fire from these diamonds.

Today, these diamonds are very rare and exert their own charm on collectors. Here are some images of the various diamond cuts to help you visualize how they look like: 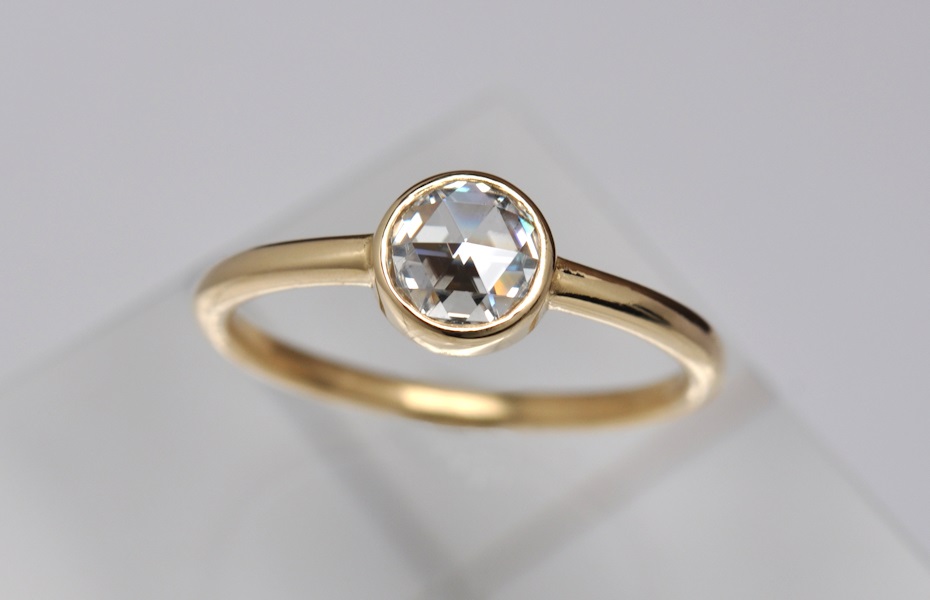 A Rose cut diamond ring of 0.25 cts. Can you see its unique looking facets?

An Old Mine cut diamond in a filigree setting. The 0.52 ct. stone is mounted with sidestones too. 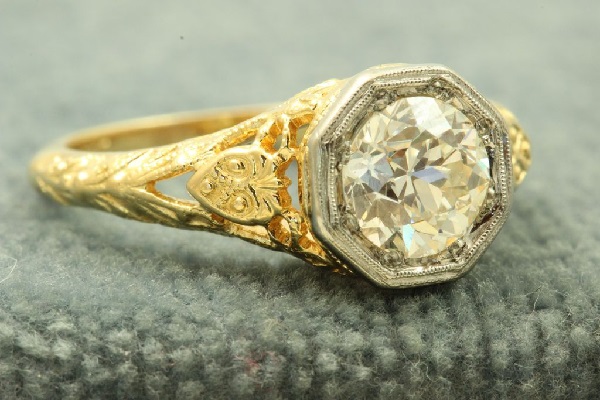 An Old European cut diamond of 0.65 ct in yellow gold. 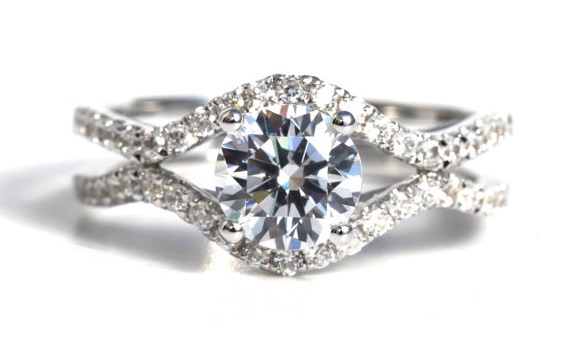 A modern round brilliant cut diamond of 2.60 cts.

So, What Came Before the Rose Cut Diamond?

If we traveled a little further back in time, there were earlier versions of the rose cut that originated in India. The table cut is a crude square sided cut with a flat top and was used largely as an ornament or necklace.

While antique style diamonds are starting to get back in trend again, it’s a big shame that many of the former antique stones had already been re-cut into modern style diamonds and had been lost forever. It is estimated that less than 5% of the vintage style jewelry today are authentic pieces that have been passed down the generations.

So, if your grandmother or mother hands you a piece of the family heirloom jewelry, make sure you think twice about selling it to the 2nd hand store down the street. Who knows, if you do hold on to it long enough, it may become a valuable collector’s item in the next decade.

With that, I hope you enjoyed this article and that you had learnt something about the vintage diamond cuts.