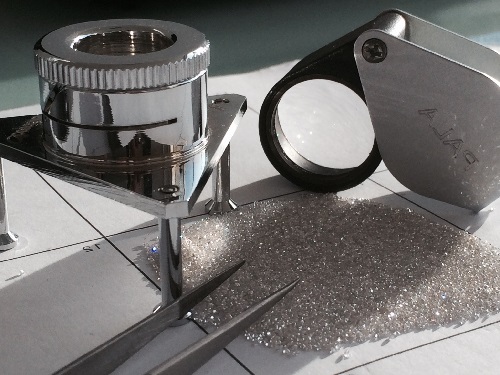 Johannesburg – The Diamond Trading Company (DTC), the rough diamond sales division of gem miner De Beers, said yesterday that the price for rough diamonds was increased by an average 3 percent as from January 1.

This follows the 10 percent increase in prices recorded last year.

In addition to strong Christmas jewellery sales, the DTC said the decline in the value of the dollar over the past six months had had “a significant impact in decreasing the price of diamonds to consumers in over 40 percent of the world while increasing the cost of mining”.

In a note to its clients, the DTC said the increase would take immediate effect with assortments remaining consistent with 2003 and box prices varying according to intakes.

“This price increase reflects the underlying supply and demand situation. Demand for diamond jewellery improved in the second half of 2003 and expectations are for healthy growth in 2004,” the DTC said.

About one-third of diamond jewellery purchases in the US occur between Thanksgiving and Christmas. The US accounts for about 80 percent of world sales.

After having lagged other luxury goods sales during the 1990s, jewellery franchises and luxury retailers reported the healthiest comparable store sales increases in retail during the 2003 festive season, according to the Professional Jeweller, an industry-dedicated publisher.

Strong jewellery sales usually translate into strong gem sales for De Beers as jewellers seek to replenish stocks. De Beers, which is 45 percent owned by resources giant Anglo American and 45 percent held by the Oppenheimer family, has a global market share of about 60 percent.

The diamond miner reported a 34 percent increase in headline earnings to $414 million during the first half of 2003.

The full-year earnings report, which is to be released on February 5, is expected to show significant growth in profit.

Having contributed $248 million to Anglo American’s headline earnings for the six months to June 2003, diamonds could again be one of the resources group’s key earners.

The commission’s interest in De Beers’ sales strategy comes exactly a year after the regulator approved its new marketing strategy.

For consumers, all that really matters to you are the end prices that you see in retail stores. Click here for a guide to analyze and understand what goes on into the cost of a diamond ring. Also, with the recent slump in the financial market, you can expect diamond jewelry to fall slightly as well.